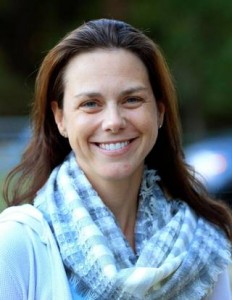 The William C. Friday Award, named for the former president of the University of North Carolina system, honors Friday’s dedication and excellence in leadership, scholarship, character, and service, and recognizes individuals who emulate Friday’s dedication to those principles.

The recipient of the William C. Friday Award is selected in part by the senior class of Park Scholars each year. Until his death in October 2012, Friday himself provided input on the students’ nominees for the award. The Class of 2016 Friday Award Committee upheld the tradition by selecting their award recipient in collaboration with University of North Carolina President Emeritus Thomas W. Ross.

Joy Currey established CORRAL Riding Academy in 2008 with the goal of changing the trajectories of at-risk teen girls’ lives by providing a combination of equine assisted therapy, academic intervention, vocational training, and mentorship. Currey, who completed her undergraduate degree at the University of North Carolina at Chapel Hill, served as a Teach For America corps member and taught in an inner-city Philadelphia middle school. She went on to co-found a charter school in Brooklyn, N.Y. and earn a master’s degree in education from Columbia University. 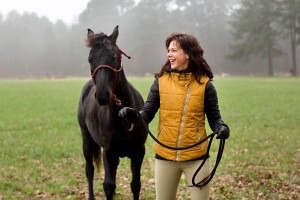 Currey, who grew up riding and competing horses, founded CORRAL as part of her personal commitment to improving the lives of the young people most underserved by our educational system. The Cary, N.C.-based organization recently completed – ahead of schedule – a $1 million fundraising campaign to purchase the farm it has occupied since its founding and expand the program’s reach. CORRAL and its participants’ successes are the inspiration behind Unbridled, an upcoming feature film.