Ziad Ali ’19 and Madison Maloney ’19 are recipients of a 2018-2019 Astronaut Scholarship. Awarded to 50 scholars from 36 universities across the nation, the Astronaut Scholarship was established to aid the United States in retaining its world leadership in technology and innovation by supporting the very best and brightest scholars in science, technology, engineering, and mathematics while commemorating the legacy of America’s pioneering astronauts.

Both students are Park Scholars in the Class of 2019, but they have carved individual paths in the program and at NC State. Ali has a double major in electrical engineering and biomedical engineering while Maloney is pursuing aerospace engineering. 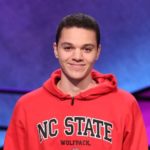 Ali first became interested in the two areas after taking a digital electronics course halfway through his high school career. At NC State, he is using his education to support his desire for developing circuits and systems to solve health-related issues – particularly related to neurological disorders. Ideally, he will take this with him long after he has graduated to establish his own research company with a focus on creating the technologies capable of interfacing with and mimicking the functionality of the human brain.

“The Park Scholarships program,” Ali said, “has encouraged me to determine how I could mold my research interests to more directly benefit people in need as opposed to corporations. In addition, the financial security afforded by the program enabled me to pursue opportunities and interests I may not have been able to otherwise that have significantly affected my future plans and outlook.” 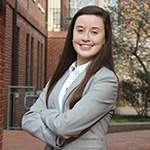 Also a Goldwater Scholarship recipient, Maloney’s leanings toward aerospace engineering started in middle school because of a natural interest in human space exploration. Cultivating her passion behind closed doors for years, she realized the possibility of achieving her dreams when fellow northeast Carolinian and NC State alumna, Christina Koch, was selected as an astronaut candidate.

Maloney was awarded a Park Enrichment Grant in her freshman year, which allowed her to shadow now astronaut Christina Koch during spring break. “She was able to show me what her day-to-day looks like as an astronaut, give me an extensive tour of Johnson Space Center, and talk to me about our common background and her life experiences. I am extremely thankful that Park Scholarships invested in this invaluable experience that has resulted in my role model becoming a personal mentor to me.”