The Park Scholarships program proudly graduates the Class of 2018. Since their arrival on campus, members of the class showed a deep intellectual curiosity and zest for life through their efforts in scholarship, leadership, and service. 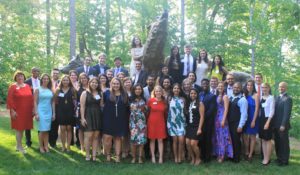 Research and internships led them to discover more about their surrounding communities and how they could positively affect change in the world. From the study of developmental biology to the investigation of how the nation’s leaders address infectious disease, from internships with the U.S. State Department to jobs with the Federal Reserve Bank of New York, the Class of 2018 constantly sought to use knowledge as a vehicle in pursuit of their passions.

Having excelled in the classroom, among their ranks are numerous members of Phi Beta Kappa and Phi Kappa Phi – all selected for their academic excellence and extraordinary contributions to NC State. These achievements will only continue past graduation, supported in part by national awards and recognitions. Kobi Felton was awarded a Marshall Scholarship to pursue graduate degrees in chemical engineering and nanomaterials, Ashley Lawson is a recipient of the Truman Scholarship to empower students in rural areas, and Nicholas Mazzoleni and Dani Winter received National Science Foundation Graduate Research Fellowships to pursue doctoral degrees in STEM disciplines. 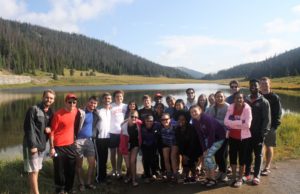 As leaders at NC State and in Raleigh, they carried on traditions and demonstrated an exceptional commitment to raising awareness of important issues. The Class of 2018 can proudly claim a Leader of the Pack (Kati Scruggs), a UNC Association of Student Governments president (Madeline Finnegan), and four Krispy Kreme Challenge directors (Maggie DeWeese, Jack McKenzie, Ryen Ormesher, and Kati Scruggs).

Out of gratitude for the Park Scholarships role in its growth as leaders, the class is leaving as its legacy an endowment to provide support for future scholars. The class committed to raising $100,000 over the next five years – a goal its members have already met halfway, securing more than $58,500 in gifts and pledges by graduation.

As they continue their connection to the program, we look forward to seeing all of the innovative, altruistic, and exciting things the Park Scholarships Class of 2018 will do in the years to come.