An innovator, a world traveler, an entrepreneur, a mentor, an artist, and more… the path Kobi Felton ‘18 has taken to his senior year in chemical engineering is not the typical route followed by most of his 10,000 fellow aspiring engineers at NC State. 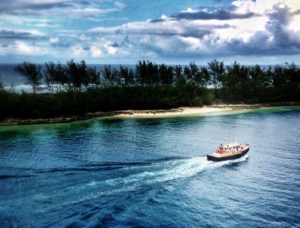 Born in the United States, Felton moved from Houston, Texas to Doha, Qatar after second grade and attended the American School of Doha with students from over 100 different countries. Six years later, his family moved to Lagos, Nigeria and he attended the American International School of Lagos (AISL), where he developed strong interests in photography and chemistry. Photography was how Felton engaged with his classmates, becoming involved with the yearbook and attending a wide variety of student events. In this way, he says, “I gained an appreciation for people from diverse backgrounds and learned a lot from my peers as we each shared our own experiences.  I learned how to share my vision with others.”

AISL was also where Felton developed his passion for chemistry and recognized the value in mentorship, citing an International Baccalaureate teacher whose tireless dedication to his students’ success motivated Felton to spend hours learning difficult subject matter.

A natural inclination toward sciences led Felton to a formative experience at one of NC State’s College of Engineering summer programs. This introduction to chemical engineering, especially the idea of “optimization,” stood out to Felton as having potential for a lifelong commitment.

Returning to the United States for college, Felton quickly found himself seeking opportunities for mentorship, networking, and new and exciting professional challenges. He completed a National Science Foundation Research Experience for Undergraduates (REU) at the South Dakota School of Mines and Technology. With a focus on finding the optimal solutions to problems using computer algorithms, the application of his research by companies like Boeing could predict formulas for lightweight and durable adhesives for their airplanes. Felton continued his study of this technology as the first intern at Eastman Chemical Company for a new initiative in molecular simulation, this time hoping to extend the drive-time of electric cars to improve the efficiency of solar-powered batteries. 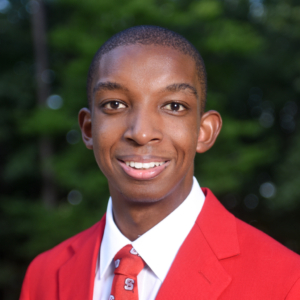 While he was immersing himself in the world of research, Felton began to develop a philosophy in two parts. He says, “First, I believe that research and innovation are the keys to solving the biggest problems of the 21st century. Second, we need to translate those results to manufacturing, whether that’s in pharmaceuticals making antimalarial drugs or creating solar cells for better renewable energy. So my goal [after Eastman] was to get to manufacturing.”

Felton returned to his home state of Texas to work as intern for ExxonMobil in summer 2016.

“My normal day would be to wake up at 6:30 and work on my own projects, then go to work. It was a constant stream of numbers. I’d go out to the unit and talk to the operators. I was trying to figure out how we could prevent solid buildup that would basically break down the unit. You could lose up to a million dollars a year that way.”

An important aspect of Felton’s experience in the chemical manufacturing industry was safety.

“Your license to operate is being safe and environmentally conscious. Everything we did was centered around making sure people were able to go home healthy after they came to work… I probably completed 6,000 slides of training on different environmental safety-related matters.”

On campus, Felton is the president of the National Society of Black Engineers, where he has led an executive board of 17 and a chapter of over 70 members. His goal is to help members excel academically so they can succeed professionally and mentor the next generation of engineers. Felton ran for his position at the urging of his Park Faculty Mentor, Dr. Ruben Carbonell, who he says has consistently given him salient advice on his research, leadership, and academic life. 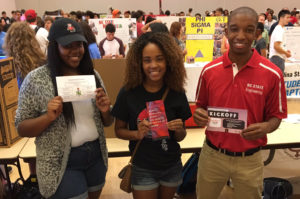 Felton volunteering with the National Society of Black Engineers

Looking ahead, Felton is deep into the development of where he sees himself in five years.

“I want to go to graduate school for flow chemistry. I want to start a company at some point hopefully soon… so I’m completing a [College of Engineering] Entrepreneurship Senior Design project, and we’re working on something related to my research. With the vision of celebrating research and translation in manufacturing, the power of that is creating tools for scientists and engineers that further enable them to do just that. Specifically, we’re working on hardware and software that enable scientists, specifically in the chemicals industry, to automate a lot of the laborious, time-consuming processes they have to do. For example, in my lab we can do an experiment that may normally take 3-4 days in a couple minutes. We can run that experiment 1,000 times a day. We can get closer to an answer much more quickly. I want to be able to bring that hardware and software technology to broader ranks of scientists and engineers.”